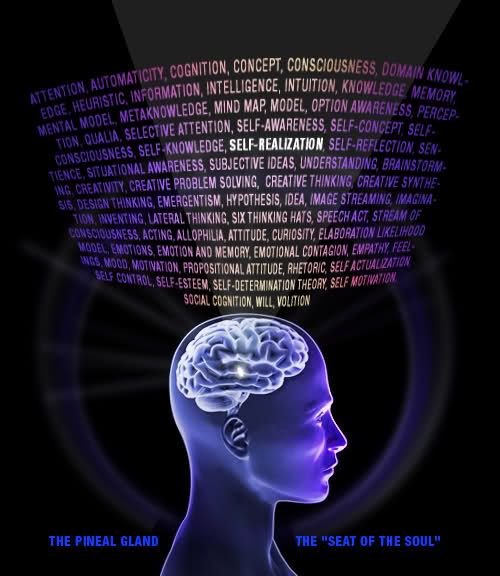 “…Within each of us lies the potential to activate a personal connection to the superconscious. Called “Ureaus” in ancient Egyptian texts and “Kundalini” in ancient Hindu yoga traditions, our innate serpent power of spiritual transcendence inhabits the base of the spine in its dormant state. When awakened, it unfurls along the spinal column to the brain, connecting individual consciousness to the consciousness of the universe enfolded within the dark matter of space. At the root of creativity and spiritual genius across innumerable cultures and civilizations, this intelligent force reveals portals that enfold time, space, and the luminous matrix of reality itself…”

This is good. Its the sort of information that needs to be shared out more. Too many people who have studied science think this is delusional. How sad!!!

The greater question is why is knowledge like this being intentionally withheld and not taught to us?

This is now fundamental science. If you don’t know this by now then you are seriously limiting your own growth and development. This is why the number of personal mundane issues and challenges we encounter daily will be directly linked to this basic self knowledge deficit. The more we understand ourselves as part of an overall consciousness the more we expand to reflect this in our own being. And those mundane issues will cease to affect us…

This is the other side of consciousness which traditional science refuses to examine properly.

The world of Spirit.

The fact that these two worlds are intrinsically connected is beautifully illustrated in the work of Graham Hancock: Elves, Angels, Aliens, Ayahausca

This is quite an extensively researched film about

the properties of water and why it is of fundamental importance to life on this planet.

Everything organic and what we determine as living is composed of water in some way. It is the only substance naturally occurring in all three states: Solid, Licquid and Gas.

But its much more than a simple inorganic substance. Water itself has life, has feeling has emotions. And this can be shown and proven now scientifically. Water captures our words, thoughts…our intentions and this can have a life enhancing or destructive effect on our bodies, on our environment. (See the work of Dr Masaru Emoto in this comment below) It basically acts as the medium to convey our good or bad intentions and we are ALL affected by this like ripples in a wave that form the sea and the the ocean. Its inescapable…and provides the evidence, if it were needed, of how

we are all interconnected and part of the same one consciousness.

Who Is Goddess Yemaya?

“…Yemaya is a magnificent aspect of the Divine Mother. She is primarily considered an African-Brazilian Goddess; yet she has followed her people to many far and distant ports. She has found a home on a variety of Caribbean Islands, including Cuba, Haiti, Trinidad, and in Central, South and North America.

Yemaya was originally the Ogun River Goddess of the Yoruba in Nigeria.

and was prayed to for fertility and for aid with childbirth.

Yemaya traveled with her people on the slave ships, comforting them during their forced migration to the New World. Through this passage her role expanded to Mother Ocean, she evolved and adapted to support the needs and changes of her children.

African Divine Mother of the Sea

Today Yemaya is known by many names, Mother of Pearls, Mother Ocean, Stella Maris (Star of the Sea), Yeyé Omo Eja, which means Mother Whose Children Are the Fish, Mother of Dreams, Mother of Water, Mother of All, to name just a few.

In Brazil, some of her followers consider Yemaya as a savior for having protected their ancestors during their voyage from Africa and honor her as their national goddess. In Haiti she is Agwe, Mother of the Sea, in Haitian Vodou, she is a Moon Goddess aligned with protecting mothers and children, in Trinidad she is a River Goddess and in New Orleans she is called La Balianne.

Goddess Yemaya’s domain is water, rivers, and what is often considered the birthplace of all of life on earth – the oceans and the seas. She is specifically associated with the upper part of the ocean, which contains the most life.

Her first gift was a shell so that her people would always be able to hear her voice. Her name Mother Whose Children are the Fish, denotes that her children are countless and further relates her infinite and all encompassing life giving aspect.

Her symbols and associations include, the sea/ocean, rivers and all bodies of water,

the six-pointed star, pearls, cowrie shells, mother of pearl, sea shells, silver, Mother Mary, mermaids, the full moon, the crescent moon, white flowers, the number 7, and the colors blue and white. Yemaya is typically depicted as a mermaid or as a beautiful woman emerging from the sea – often with pearls pouring from her palms. She is sometimes referenced as wearing seven skirts of blue and white.

A Goddess of the New Year, she is celebrated in Brazil on New Year’s Eve with candles, flowers, food and a variety of other offerings, people gather on the shore petitioning the Goddess to grant their wishes and to bring them blessings for the New Year.

Yemaya is also celebrated in Brazil on the Summer Solstice and other celebration days include February 2, September 7 and September 9. Offerings typically include flowers, soap, perfume, yams, grains, melons, shells, and jewelry. Note: We believe that any offering made with loving intent is recognized and accepted, and we suggest if making an offering to Yemaya through the ocean, river or any body of water, to use that which is echo-friendly.

She Who Gives Birth to All of Life, Yemaya is aligned with the power of creation flowing through all that is. In this aspect, she assists with remembering, reclaiming and activating our own innate creative power, realizing our true and natural ability to create and experience magnificence within our life.

This Mother Goddess brings the blessings of new energy, new creativity, new opportunities and new experiences. Yemaya also lovingly assists and supports the rebirthing process, cleansing and purifying the old energy, releasing that which has served its purpose, allowing for renewal and new beginnings.

If invited, Yemaya will relieve the stress and strain of stagnation and will clear any blocked energy, bringing the blessings of smooth, fluid movement, providing realignment with the Divine Flow of the Universe. Within this energy, the Goddess helps us realize our natural flow, experience smooth, steady progress and as the river ultimately flows into the sea, we will naturally flow unto the realization of ultimate success.

Goddess Yemaya reminds us that to exist is to be in a constant state of change, everything is constantly adapting, changing and evolving. If requested, she will help remove resistance to change, helping us to adapt when necessary, helping us to embrace our natural evolution so that we may realize and experience the true essence of our ever ascending consciousness.

She is a tremendous ally to those involved in ocean conservation and to those who are active in protecting ocean inhabitants (i.e. dolphins, whales, seals, fish, etc.) Goddess Yemaya will provide protective and loving guardianship for sailors, scuba divers and any who venture out into the ocean who petition her protection and show honor and respect for the sea. She will also act as a liaison for those interested in connecting with the magical realm of mermaids.


Call upon Yemaya to provide platforms for positive interactions with mermaids, sea sprites and water spirits.

The most predominant expression of Yemaya is that of a gentle and nurturing Divine Mother. Although strongly protective, in the aspect of Mother Goddess, Yemaya is the essence of infinite, all encompassing love, love that endures the eternal depths of time, spans the breadth of Universal Space and traverses with us through each and every incarnation and through all that transpires in between. Goddess Yemaya is a beloved Divine Mother who will help any and all who call upon her to move beyond perceived limitations and realize the full magnitude and magnificence of their True Potential…”

These beings are a part of the powerful Abosom,

a collection of empowered nature elementals that dictate the affairs of the planet,

as well as people. The names of these Abosom are MMOATIA/MMOETIA They are said to be little people who dwell in the rainforests and are quite proficient in the use of herbs. They specialise in working with nature spirits for healing body, mind and spirit and to address personal, family, social, and environmental issues. They can be playful, mischievous generally, or very cruel to evil-doers and those who try to ignore them.

They are considered the spiritual gatekeepers.The Abosom are the divine forces of Nature in the Akan system.

The divine forces can be found under different names throughout Africa including Neter (Kemet) and Orisha (Yoruba).

45 thoughts on “The Powers of Human Consciousness…”