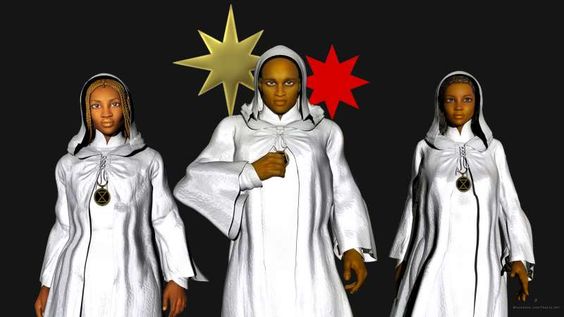 Black people: Are they the original inhabitants of Earth? Have they been invaded? – David Wilcock interview

This is from a Youtube video by flimtress. I have heard David Wilcock speak on this before. He is a very informed and deeply spiritual scientific researcher. Probably the only knowledgeable and highly respected independent white researcher I know to truthfully explain the real origin of so called “races” on our planet.

I have a lot of time for what he speaks about. But to fully comprehend what he is saying you have to acknowledge that the Earth… has been the basis of ET involvement from its inception. Theories of Darwinian evolution are total nonsense. (See: ETS ENGINEERED THEIR SAPIEN GENES ON OUR ERECTUS GENOMES) Even Biblical stories, while intentionally vague, contain more truth. But see what is left out of the Bible which is based on the Dead Sea Scrolls.

(See comments on my NEW www.knews.website about RH-/RH+ and Human Blood groups:)

(New: See comments on my “My World, Your World & Our World” Blog “SASQUATCH MESSAGE FOR HUMANITY”)

“…Need we to remind you that you were like us, created in Lemuria to be caretakers of all life on Earth? Unlike the Elder Brothers hybrids who preceded you, you were not gifted with the shells of the Ant-People, the scales of the Lizard-People, the feathers of the Bird-People, nor the hair of my own people. You were created without any natural protection from the elements and weathers of the earthly environments, precisely to remind you that your spiritual star seeds was implanted on this home-planet. You were conceived to be vulnerable, depending on the protection of your Star Elders and Brothers. This was to make you a sensitive specie, with a greater empathy, compassion and sensibility for life…”

Taken from the following blog…

Myths and Legends of The Giants… 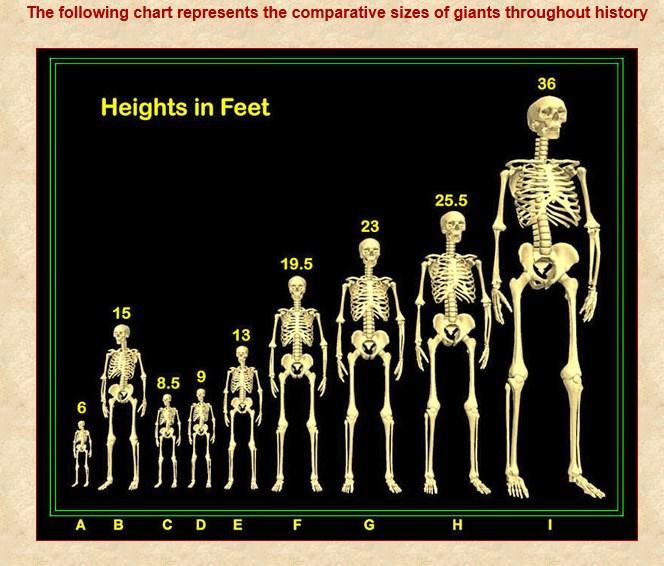 New!…Anthropologists in Central Africa have found the remains of giants in a burial in the jungle near the city of Kigali Rwanda.

Read: The Missing Skeletons and the Great Smithsonian Cover-Up

New!… Giants on Record: America’s Hidden History, Secrets in the Mounds and the Smithsonian Files

“….Historic and religious texts describe the Rephaim as an ancient race of giants or offspring of the nephilim. The 200 Nephilim who allegedly colonized this planet and mated with earth women as the books of Enoch and the book of Giants suggest are alien and more in the image of man. Their offspring became mighty giants and men of renown. These are the Rephaim…”

As well as Giants there are Dwarfs or “Little people” as well!…. 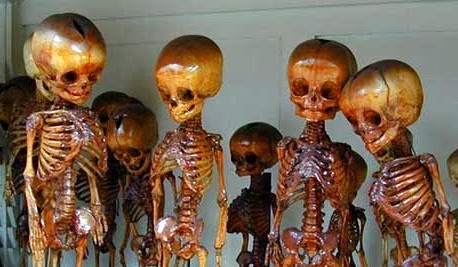 “…Some Little People are black, some are white and some are golden like the Cherokee. Sometimes they speak in Cherokee, but at other times they speak their own ‘Indian’ language. Some call them “Brownies…”

100,000 Pygmy or Dwarf Graves Described in Tennessee
Concur with Cherokee Indian’s Legend of Pixie and Fairies
(See the  20 tons Giant statue heads of the “Olmecs” Civilisation!) 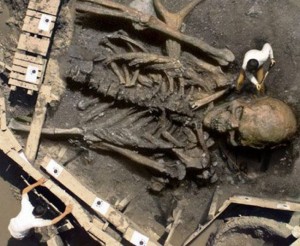 The Giants Found in Romania and The Cover-Up

Black Skin is the Genetic Parent…

This is also why in order to understand the true origins of Black people (and all peoples) you need to appreciate and learn about the role that melanin (dark matter) plays in the formation of life. Which Dr Jewel Pookrum explains in this next video and how it connects us to the universe. Which will enable you to understand why an analysis of what white “false” supremacy (Racism) is, and where it comes from, is so…so… important. This is about much more than just Afrikan supremacy (as this comment shows). Its about its prevention and the FEAR of its natural ascendency.

This is a great attempt at explaining how ALL Hue-mans have this substance as the basis of life. And contrary to what we are told and led to believe. Having more Melanin has produced many of the physically enhanced abilities/attributes associated naturally with African (Black) peoples and their achievements.

“…MELANIN – After considering melanin to be a “waste” product of body-metabolism which “served no useful function, all the studies, facts, and statistics about melanin suggest that after four hundred years western science has now discovered that black melanin (neuromelanin) is the chemical key to life.

In attempting to inferiorize the black race, western science is facing the sobering reality that, by its own self-defined standards, black people are probably superior to whites in both intellectual potential and muscle coordination. The central role that melanin plays in the body has been suppressed to maintain the mythological inferiority of blacks… and the defensive clinging to whiteness as some token of superiority. The White Supremacy Paradigm of the “superiority complex” of white people is a mask for their deepest inferiority complex which they project onto people of color. They have an inferiority complex about their lack of color in a world where everyone else (the majority) is colored...” Dark Matter Paradigm “.

(See: 7 Incredible Things About Black Genetics That Will Amaze You)

(See also my comment here on the powerful presentation: “Cosmic Abandonment” and a possible explanation for the emergence of the White Supremacy Paradigm of the “superiority complex” of white people.) 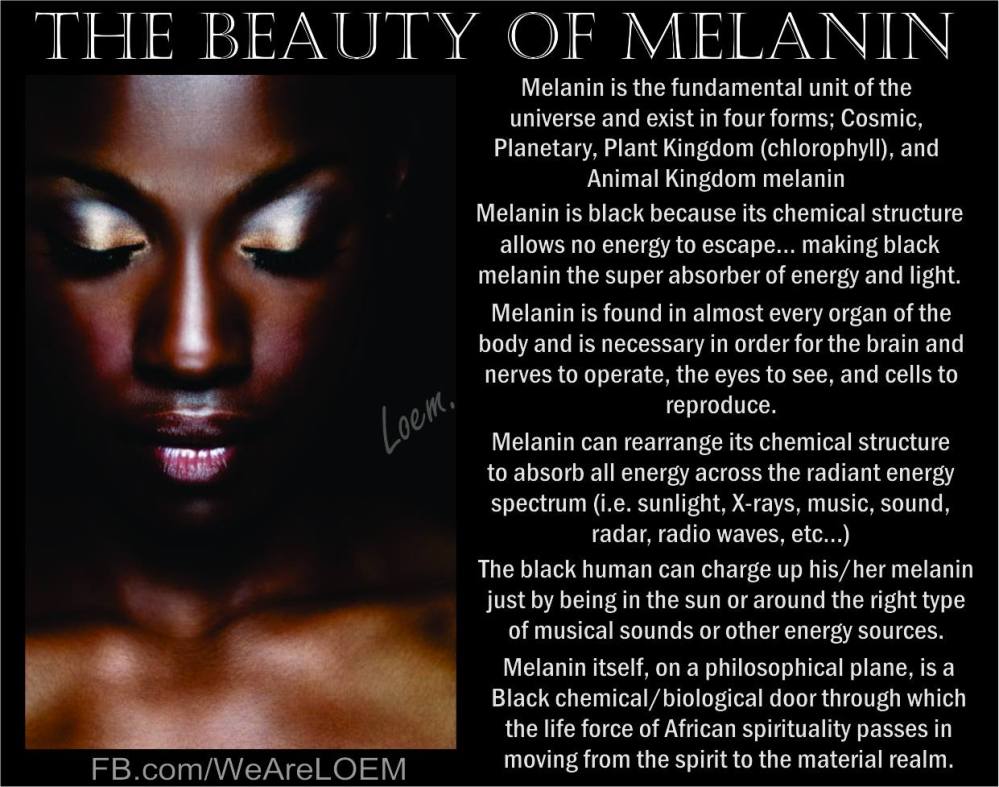 (see also: Does Skin Pigment Act Like A Natural Solar-Panel?)

Everyone, Everything that has life has a form of Melanin as its basis. (Plants have chlorophyll – another form of Melanin) We all have Melanin. If you are part of the Hue-man race then you have Melanin. Its the structure, formation and rapport you have with it that makes the crucial difference. Melanin is intelligent you can’t have a prejudicial attitude towards Melanin and not suffer the same consequence within your own body? This is just ignorance as Dr Jewell Pookrum explains in her groundbreaking Melanology Hour. (See also her book reviewed in this latest comment)

(Listen to Dr Kaba talk about Melanin in this latest comment)

This is a report taken from the UK publication of the Daliy Mail in 2008:

‎”…All blue-eyed people can be traced back to one ancestor who lived 10,000 years ago near the Black sea…”

And here is another report taken from the US publication of the Washington Post in 2005:

The Earth belongs to everyone who resides on her. But equally so does her “True Real” history.

“…To put not too fine a point on it, the dark-skinned African peoples are what’s keeping you alive here. Their origin is so rooted in extraterrestrial cultures that the ability for civilisation to exist at all on the surface is directly related to them. The other races who started out their cultures on the surface such as the Pleiadians and the Polynesians (the Polynesians are the root race of the white race) would not be able to maintain the planet’s energy and keep you here intact…” – The African Race and its Sirius/Orion Heritage…P59

(See: Bro. Polight speaks on the power of melanin at the 1st annual UFO conference 2014 for melaninated people)

The Connection Between ET’s and People of Melanin Dominance…

241 thoughts on “Black people: Are they the original inhabitants of Earth?”