It is generally considered that the reason for having a Black history month is to highlight and include the achievements of Black or African peoples which ordinarily would, or appear to, be excluded from mainstream history as it is presently taught in our educational establishments.

This reasonable assumption is based on the observation of a mono-cultural taught perspective of history. A history which provides a simple but detailed recorded account of the interactions between one cultural group – Europeans – through their own lens as they experienced encounters with other different cultural groups. Eg… Africans, Asians etc…; and their own intra-cultural encounters amongst themselves and other Europeans.

This may well be seen as, and presented as, an objective and honest perspective. But it still remains essentially one view seen through one cultural lens only. Further, it can be taken or seen to imply, intentionally or otherwise (in the absence of any other than European cultural lenses) that this is truly a universal perspective. This would clearly be wrong and misleading.

However, I believe the whole premise of having a Black history month even if this argument of mono-cultural bias was to be accepted would still be fundamentally flawed and in error. Why?

Present day science has made a number of startling discoveries: 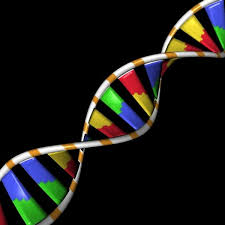 ”…All blue-eyed people can be traced back to one ancestor who lived 10,000 years ago near the Black sea…”

“…Scientists said yesterday that they have discovered a tiny genetic mutation that largely explains the first appearance of white skin in humans tens of thousands of years ago, a finding that helps solve one of biology’s most enduring mysteries and illuminates one of humanity’s greatest sources of strife.

The work suggests that the skin-whitening mutation occurred by chance in a single individual after the first human exodus from Africa, when all people were brown-skinned. That person’s offspring apparently thrived as humans moved northward into what is now Europe, helping to give rise to the lightest of the world’s races…”

Europeans Started To Evolve From Dark To White 8,000 years Ago, Study Reveals

These discoveries clearly suggest that the history of white people, Europeans as we understand them as a group, date back to a maximum of 10,000 years ONLY. This challenges and questions the notion of which Black presence should we really be celebrating in all or any Black History months and events? The Black presence or the Black presence post the arrival of the white presence?

(See new comment here: HUMANS ARE NOT FROM EARTH: A SCIENTIFIC EVALUATION OF THE EVIDENCE,

“…This African template of Homo Sapiens Sapiens is crucial from both paleological and genetic perspectives for it forms the genetic, morphological and anthropological basis for the study of human consciousness from a truly multicultural perspective, not merely a Eurocentric one with other people grafted on to it…”

See also: Black people: Are they the original inhabitants of Earth?

See also: Why the history of mankind is more complex and deeper than could ever be imagined.